YouTube and The Royal Society of New South Wales

At the tender age of 200, the Royal Society of New South Wales has launched their own YouTube Channel to make virtual events, lectures and performances freely available to the public. Take a look! 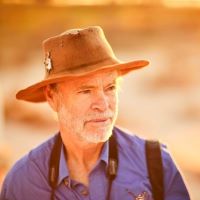 The Council of the Royal Society of NSW warmly congratulates one of its Fellows, Professor Richard Kingsford FRSN of UNSW Sydney, on being awarded a Gold Medal by the Ecological Society of Australia (ESA) for 2021.  The Gold Medals awarded each year by the ESA recognise the impact of the work of leading Australian ecologists.

Professor Kingsford, who is a river ecologist and conservation biologist, and Director of the Centre for Ecosystem Science at UNSW Sydney, has made a significant contribution to understanding the impact of water resource developments on rivers and wetlands. He has worked extensively across the wetlands and rivers of the Murray-Darling and Lake Eyre Basins and leads the Eastern Australian Waterbird Survey, running since 1983 and spanning approximately one-third of the continent…read more.

The Society is delighted to announce that the NSW Government, through the Office of the Chief Scientist and Engineer, is providing a three-year sponsorship for its ongoing operations.

In announcing the sponsorship, the NSW Chief Scientist and Engineer, Professor Hugh Durrant-Whyte, said “The Royal Society’s stated mission is more important today than ever: ‘To contribute to a just, secure and sustainable society… by providing authentic and authoritative information and enlightenment on a wide range of subjects, addressing national and global challenges, and recognising and promoting excellence’ ”.

In thanking the NSW Government for its generous sponsorship, the Society President, Dr Susan Pond AM FRSN, noted that “it will allow Society to expand its vision of enriching lives through knowledge and enquiry, and importantly, support the Premier’s Priority of making a significant difference to the quality of life of the people of NSW.”

For further information, please see the press release issued by the Office of the NSW Chief Scientist and Engineer.

The Council of the Royal Society of NSW warmly congratulates one of its Fellows, Attila Brungs FRSN FTSE, on being named as the next Vice-Chancellor of the University of New South Wales (UNSW).

Professor Brungs, currently the Vice-Chancellor of the University of Technology Sydney (UTS) since 2014, has had a distinguished career in the academic, research and business sectors.  He is a science graduate of UNSW, and has a PhD from the University of Oxford where he studied as a Rhodes Scholar.  Before joining UTS as Deputy Vice-Chancellor (Research) in 2009, he spent seven years in senior roles at CSIRO in the areas of science investment and strategy and in business development, and four years at McKinsey and Co…read more.

The RSA congratulates Dr Susan Pond AM FRSN on her recent election to the role of President of the Royal Society of NSW. She follows Emeritus Professor Ian Sloan AO FRSN FAA in the role. The RSA would also like to thank Professor Sloan for his support of the RSA during his three-year tenure of the role. See here for a message from Dr Pond about her new role.

The vastness of space has beckoned many an adventurer. Yet with the exception of the Apollo astronauts, all astronauts thus far have never travelled outside of Low Earth Orbit. Remaining reasonably close to Earth, they are protected by its magnetic field. To travel further out would mean facing damaging cosmic and solar radiation.

Outside the protective cocoon of the Earth’s magnetic field is a universe full of radiation. Unlike any of the radiation we encounter on Earth, space radiation consists of solar particles that burst out of the Sun at high speeds, and galactic cosmic rays that come from outside our solar system.

NASA’s Artemis Mission aims to send the first woman and next man to the Moon in 2024, but a lot of groundwork needs to first be done in order to make this a reality. Experimental physicist Dr Gail Iles works with RMIT University’s Space Science program, investigating ways to overcome the radiation barrier so that astronauts can survive long journeys, or even live indefinitely, in space…read more.

Why the world needs ecologists: a call to fight the extinction crisis 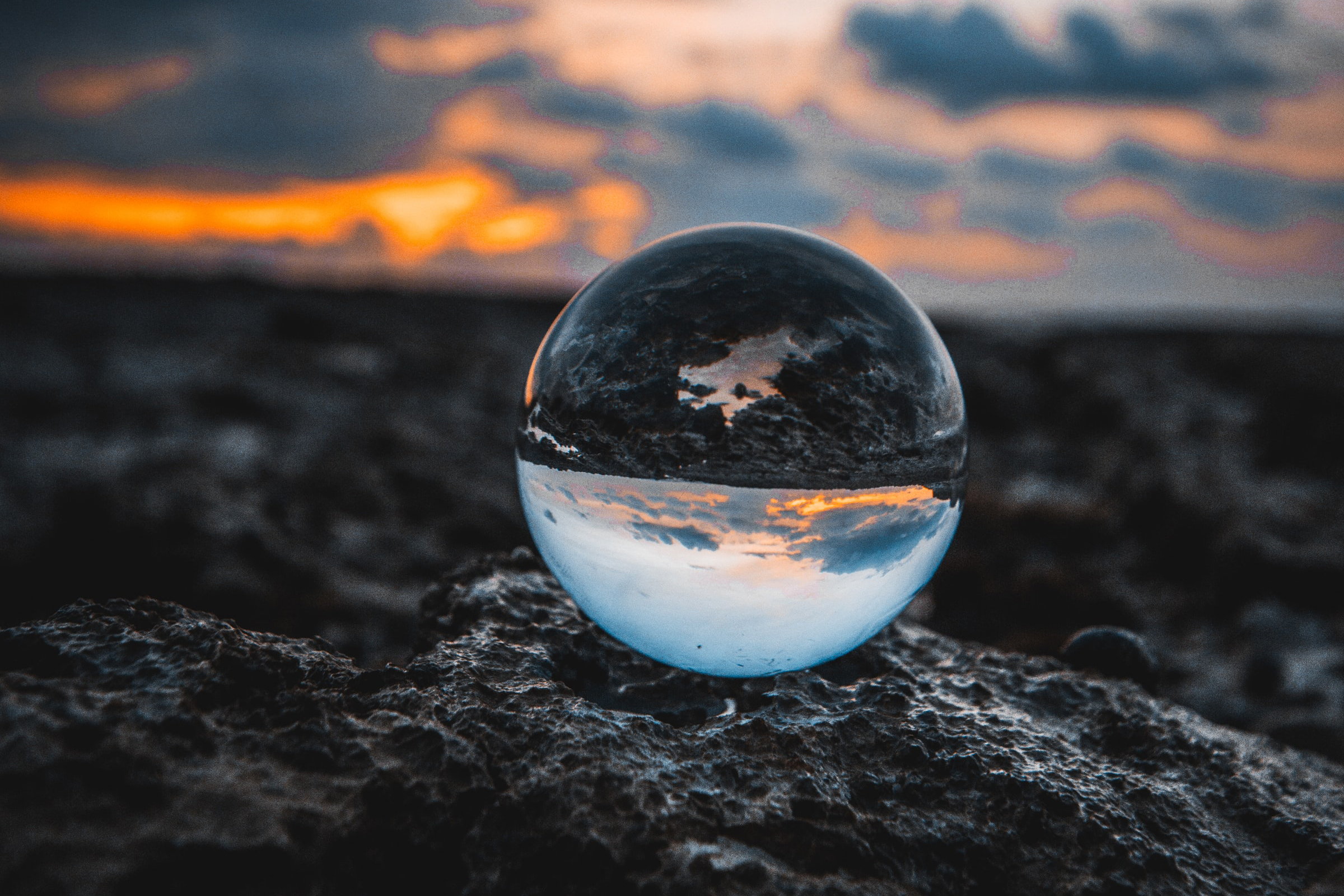 A major threat to civilisation often goes ignored: the extinction crisis. And yet it is a crisis entirely of our own making as we continue to push nature to its limits. Around one million species are on the verge of disappearing off the planet, and the rate at which species become extinct is accelerating.

‘Nature underpins all aspects of life,’ says Professor Brendan Wintle, the Director of the Threatened Species Recovery Hub. Ecosystems and their biodiversity provide numerous benefits to us by cleaning and purifying water and air, buffering storms and raging fires, storing carbon, supporting wildlife and healthy soils, and supplying food, water, materials, medicines, and important cultural and recreational spaces. But their ability to do so is rapidly diminishing…read more. 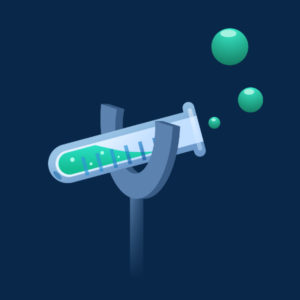 Looking for an effective way of boosting your networks, increasing your communication skills, and meeting like-minded students from other universities? Want an unrivalled chance at presenting at the Royal Society of Victoria in front of Science Communication employers and superstars?

Welcome to Let’s Torque, a SciComm organisation for undergraduates, where you can participate in trivia events against other universities, attend state-of-the-art immersive workshops, and see SciComm like never before! Check out our newly opened Public Speaking competition (where you can compete for prize money and other winnings!), which has kickstarted the careers of many past competitors…read more.

Click for more news from the Royal Society of Victoria

The Queensland Science Network, a collaboration between some 26 scientific and natural history societies, publishes a free online Newsletter on a semi-regular basis. The full set is available on the QSN website. Members of the public are warmly invited to subscribe. Please send any items of general science interest to the Editor Mr Col Lynam by email (newsletter AT scienceqld.org) for inclusion in the next issue.

For the 2021 round, Round 4, the guidelines  has been amended to encourage applications from students as well as from citizen science groups. Students will need to demonstrate that the additional funds will allow work additional to what would be carried out otherwise. Citizen groups will need to secure the support of a research institution accredited by the Australian Tax Office as a Type I DGR. The revised Guidelines for Applicants and the abbreviated Application Form explain the selection criteria. Applications close on 31 August 2021. See Research page for more details.

All articles in the second edition of the Proceedings of the Royal Society of Queensland for 2020, Volume 128, have now been published online. These are available on an open-access basis free of charge, under Creative Commons conditions.

All articles destined for this issue have been typeset and are en route to printing. Printed copies will be available for a cost of $35 plus $10 postage. 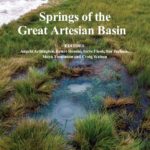 A Special Issue of the Proceedings of The Royal Society of Queensland has been published. All articles are available free of charge online at www.royalsocietyqld.org/2020-springs-special-issue-vol-126/.

This is an outstanding work of scholarship and policy that includes scientific papers and opinion pieces, from a range of historical and contemporary perspectives.  A limited number of printed copies is available for purchase: see www.royalsocietyqld.org/purchases/.

The Society anticipates that the volume will be an important work of reference to all those with an interest in the Great Artesian Basin as they grapple with the best methods of managing and conserving it.

Orders are being taken for several issues of the Proceedings of The Royal Society of Queensland:

Volume 125 –The Land of Clouds Revisited: The Biodiversity and Ecology of the Eungella Rainforests – $35 plus $10 postage.

The table of contents of each of these printed works is or will soon be available on the Proceedings page.

Please proceed to the Purchases page to make payments.

Click for more news from the Royal Society of Queensland